Every meal tells a story.

I'm sorry I haven't posted in a while, but times haven't been conducive to my former late-night blogging schedule. I started a day job along with my night job, so last week I worked 67.5 hours. My brain is fried. Fortunately and little unfortunately (as I will miss my rebel teacherly friends) my exam scoring job ended on Tuesday night. So my nights are now free.

What will I do with my free time, you ask? Oh, the usual. Bowl, drive around, the occasional acid flashback. Maybe a yoga class. Hopefully I'll get back on the arduous Upstate NY Comedy Circuit. I think my lack of personal productivity is contributing mercillessly to recent stresses and upheavals. That must be changed!

Recently, my friend Steph - the same one who fell in love with the young busboy - shared an uplifting story with me. She currently subs at a Nursery School, and is finding it rather rewarding. She feeds them, washes their grimy faces, teaches them the alphabet, and sings songs about manners and baby animals. Steph attends to the kids' every need and whim - even their budding sexual desires. What can I say? She loves the youths.


But it's not what you think: "We were outside on the playground. I was just standing there. Two kids came up to me joking like aahhh I'm gonna get you or something like that, and one was hugging my leg. And that one became the humper." A three-year-old boy humped her leg, which brings about two questions that I would like answered, no matter how prudish you readers may be, and because I know you two readers, you have no excuse. Here are the hard-hitting questions:

1) Does that action even feel "good" and "special" at that age?

2) Should Steph stop taking the kid to Chuck E. Cheese every Friday night to "play" with him in the ball pit?

On Tueday a friend and I purchased cheesy gordita crunches before our last night of exam scoring. It took forever as usual, but it was also worth it... as usual. As we stepped out of the car to go inside, we noticed that two infants were sleeping in their carriers in the back of a sedan next to us, with only one of the back windows open. At the very worst we hoped the parent was just running in to use the bathroom or to get something quick. Not that this would be acceptable, but it's better than what we ended up witnessing.

After we had waited 15 minutes for our tasty helpings of tortilla, beef, cheese, and vegetables in various combinations, we made our way back to the car to speed off. Following us out the door was a young couple in their late twenties. They sauntered over to the sedan with large fountain drinks in hand. They got in the car. They drove away slowly.

This winning boyfriend and girlfriend duo (no rings) had ordered a meal and ate it inside while their infants slept in the oppressive car heat. If everything we do is an argument, this one's a doozy. Their actions argued that eating inside Taco Bell is of more value to them than the comfort and well-being of their TWO babies. What disgusts me is the fact that they value eating inside the Taco Bell establishment at all. It's sticky, badly lit, uncomfortable and - worst of all - plays the "number one hit music station" of the Capital Region. I would rather eat in oppressive car heat with screaming infants surrounding me. Couldn't one of them have gone inside to get the food? Then they could have gone home and ate together as a family, fighting over the television remote and who was going to get the last cinnamon dessert twist.

A few days ago my friend Jackie and I dined at the Macaroni Grill and we had an excellent dinner for a chain restaurant. At the Mac Grill they have paper tablecloths and the servers write their names on it upside down in an act of friendliness. Like a party trick to break the ice. They leave the crayons on the table, and for some reason at tables with only adults at them the crayons are left undisturbed. It's okay for children to amuse themselves while they wait for sustinence but adults have been conditioned to sit quietly and make inane small talk until they glance their meals coming to the table from the corner of their eye.


Fun and colors and art and doodles are nothing to be ashamed of. Jackie and I had a grand old time drawing cartoon cows and stars and writing our names and playing games and it really took the edge off our hunger. We discussed that a trip to an establishment like the M. Grill would be a great place for dinner in the early stages of dating. I'm not saying I endorse testing those you date and I'm not saying I ever have, but I think we've got something here. Does your date even notice the crayons? What color does he/she choose first? What kinds of pictures or words do they draw? Do they press hard or shade lightly? These answers could serve as an intriguing litmus test of personality.


I - pretty obviously - would enjoy someone who draws and doodles furiously without hesitation. Preferably elaborate stick figures or other amusing illustrations. No mundane boxes, please. 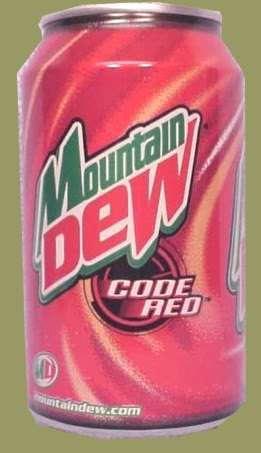 Speaking of a a dislike for the mundane, I'm not so much excited for my actual birthday weekend as much as the two weekends that follow. Although I've planned this weekend chock full of karaoke, parties, and Cranium, I'll still be in waiting. For next weekend one of my best friends, whom I admiringly refer to as just "Givney" is having me up to her camp on Lake Champlain.


Many a good time and life lessons have happened up at that there beach. Her family and I get along well. I'm pretty sure, after attempting water-skiing, that one of her uncles wiped the snot from my nose. We've bonded. I think everything was solidified after one enchanting occasion.

Givney and I were sitting in the camper enjoying refreshing beverages. This day I was partaking in Mountain Dew: Code Red, as when I was younger I used to consume it every day of my life. Just as I was taking a sip, Givney's father walked in the room from his shower with a silky royal blue Hawaiian shirt bearing an eye-catching pattern.

Tears flowed into the ducts and my body convulsed. I felt the cold cherry flavor travel up my sinus cavity and to my nasal one, surging out of my nose while simultaneously an eruption of soda charged back up through my esophagus (accompanied by other stuffs, but I won't get into that) and out of my pie-hole.


I laughed so hard I puked.

And that is true friendship.

I rarely laugh heartily to the point of tears, so time with Givney and her posse is always top priority. Puke seems to be a common topc of discussion, and not just because of this incident. But, I'm legally and socially obliged not to give up the rest in public. Sucks to be you on the outside, that's all I"m gonna say.

I'm excited to have a bash with them to celebrate me still being younger than everyone else. I think I'm looking forward to this weekend more than returning to NYC for the 4th of July. I look forward to stepping into the camper again, where there lies a fabulous stain on their carpet, constantly reminding me of good times.

I am looking forward to going back home, though. Yes, home. It will be there that I celebrate my day of birth for the third weekend in a row. Yeah, yeah, yeah, I guess I can celebrate America, too. Does anyone know of any 4th of July festivities to be had? If you're in the city, I think on Saturday night I'll be dropping by the Sidewalk Cafe to see the afforementioned Frank Hoier and Feral Foster. I'm going down on a Thursday night so I will have 2 full days of summer in the City, plenty of time to take what it has to offer and not enough time to get so sucked in that I hole myself up in a stranger's apartment, refusing to return to the place I was born.

Here's something fun that was a major belly-laugh initiator towards the end of this past semester:

i wear it as a badge of honor, okay people?
you should all be so lucky.