The Quest for Excalibur is rapidly approaching!

Starting July 10th, 2010 this blog will become the official EXCALIBUR 2010 blog. And by "official" I mean, of course, that it will be me posting from the road, complaining about how Mags didn't take a shower after swimming in the oil spill. Will we be saved? Will we be damned? How many free hot dogs and hamburgers can 2 men and 2 women eat during a baseball game? Stay tuned to find out!

First Investment for a Filmmaking Future 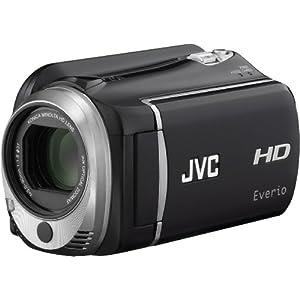 I bought this one. I hope it's okay. As long as it turns on and records things I probably wouldn't know the difference, anyway. Time to get started! Stay tuned for various video experiments through which I get intimate with my new toy.
Posted by Zeld at 8:48 PM No comments:

Governesses? Don't speak to me about governesses! 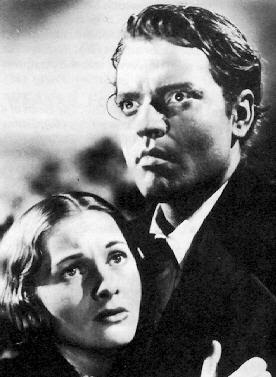 Whenever I am feeling lonely or wistful or even just sick in bed, the one movie I can count on to get me feeling something else is the 1944 film version of Jane Eyre. It combines so many of my favorite cinematic and general storytelling tropes/archetypes, including the boarding school, the precocious but solitary and homely young woman, and the protective strong male who done wrong but tries to straighten up and fly right (see my infatuation with Alec Baldwin, Vincent D'Onofrio, etc.). The fact that this male is played by my dead surly soulmate Orson Welles only adds to the personal powerfulness that Jane Eyre holds for me. It's also amazing that every time Mr. Rochester enters a scene he's wearing a cape and thunder shakes the viewers from their seats. There's a significant part of me that wishes all I had to do was look after the book learning of the daughter of a French dancing girl and occasionally bake shit, all while living in a big creepy house. As long as there's a gruffly handsome Edward Rochester who comes home occasionally, I'd be all set. Okay, okay I also admit that I kind of enjoy the fact that Mr. Rochester goes blind for a little bit. Because even though I love Orson and that character, he did deserve some kind of short term symbolic punishment for being such a punchy bastard, even though he lost his sight by saving his crazy ex-wife from a fire. Oh oh and also, there's this really glorious scene where Mr. Rochester rubs his thumb over Jane's terrified little hand and then violently pulls her toward him as lightning strikes a branch off a tree in the garden and the wind swirls around for no reason... Heavy swooping broody music surrounds the entire movie, even the "happy" parts - a very insightful choice made by Orson, I'm sure. I'll stop now...should I have posted a spoiler alert? Whatevs, tough nougats for not having read the book!

In a way, the character of Jane Eyre might strike a similar chord that Connie Converse does. Again, I think it's the disappearing from a difficult situation to start a brand new life thing. I just really hope Connie found her own Mr. Rochester.
Posted by Zeld at 8:57 PM No comments: