You will be bored perhaps by this.

But as I've said before, "It's my bloggy and I'll write what I want to!"

So, I tried the semi-straight hair thing and I just didn't feel like myself. At least I entertained the notion of being "acceptable." Ha!

In more interesting news, saw Diamond Doves last night. Nick Kinsey is totally the new Levon Helm. They are a very entertaining band. IN fact, they are like 3 bands in one, depending on who is singing. There are the lovey songs sung by the long haired and very endearing brunette dude, such as the one that goes: "one way / or the other / BABE / we're bound to be lovers." And the funky peppy but dark songs sung by drummer Nick Kinsey, aka my favorite musician of the moment, one of which bluntly states: "and I know / you want / to hear / from me / but I know / you're not / you see / the one that I love" (more or less, they don't have an album out yet so I'm just gong by memory here.) And then there rare the droney songs sung by the blonde guy. I'm still letting his contributions grow on me, this is only the second time Ive heard them play without Elvis Perkins. I really love how different they sound without Elvis. I love what Perkins does. Reallly reallly love it. But sometimes those poetic lyrics that make you cry and think are too much for me to handle. Diamond Doves sing some good old fashioned rock tunes about workin' and travelin' and love-makin' with a variety of different sounds and styles. Sometimes that's just what you need! Also, the Brooklyn Bowl is glorious. Half bowling alley, half concert venue with bar. What's not to love?

The headlining band, Surprise Me Mr. Davis, wasn't the greatest, but, to be honest, I wasn't really listening. One of the singers looked like a mix between Will Oldham and Ezra Pound mixed with a little surfer dude. I made a new friend and he and I spent the entire time comparing everyone we saw to other bands and people, so perhaps I didn't appreciate them as much as I should have.

You know what I did appreciate? The fact that Diamond Doves' violinists are two sisters, one who is a student at Bard and one who is 16. It's funny, their brother also plays the violin. They're like the violin Von Trapp family minus the Nazi undertones. I met the Bard one and she agreed with me that one would be hard-pressed to find any straight female who wouldn't be into my imaginary boyfriend. Who has a ladyfriend, of course. Sigh! IF you're out there, Nick, I'm completely harmless. I just know a good performer when I see one!

I don't think I've ever looked forward to or have been more excited about a band releasing an album this much before. This is saying a lot, since I spent a good month or two of my life only listening to Wilco's "Sky Blue Sky" previews over and over again until it officially came out.

It's a nice feeling, to remember how to be excited. Alive alive! 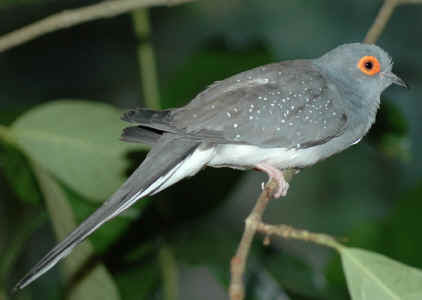