I'm getting a tattoo? 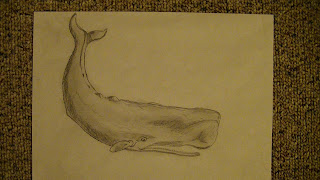 And somehow I know it won't be my last one. This one is to be not too terribly noticeably placed for professional purposes, but it's quite possible that I'll feel the need to commemorate other eras in my life with a tattoo here and there. Probably a once every 11 or 21 years event. I went to speak with Ryan, the artist at Nato's Ink I've procured to draw on me with a needle. Not only is he talented, but he's also extremely nice and facial-haired with a good handshake. Needless to say, I have a crush on him already, which only bodes well as another sign that the stars are aligning for me to get this done. I don't like to work against nature, so I often look for (sometimes silly) signs and connections to let me know I'm on the correct wavelength.  He started to tell me to relax and that it's normal to be anxious, but then realized "Actually, I'm sure you'll be fine, you don't seem nervous at all!" I told him I've decided to just accept the pain right now and not be a little bitch about it. I think he liked that.

The sperm whale is my power animal.  You may scoff, giggle, whatever, but it's true!  I drew this randomly in college.  I'm not a very good artist all the time, but every once in a while I'm struck with random skill. With this I drew two other different types of whales. I have them hanging in my apartment. Actually, I only have this and another hanging in my apartment because someone stole the original of the third while I was living at Broome Street. Who the hell would steal my whale drawing!? You're a bastard, whoever you are.

But, behold! The Great White Whale. Its quiet strength. Its not so quiet strength.  Its massive presence.  Its victory over humanity. Its losses at the foot of humanity. I could go on and on and get deeper and deeper and wax all philosophical, but I feel that if you have to spend more than a couple sentences explaining your tattoo, you're overthinking it and it's not something you have to have. To me, getting a tattoo is more visceral than over-explanations and pretty flowers and Marvin the Martian and crap like that. It should be personal. But also, it should look bad-ass.  And that is a mofo-ing bad-ass sperm whale.

you're a whale of a friend

I. Love. Fudgie. The. Whale. Thank you, whoever you are.